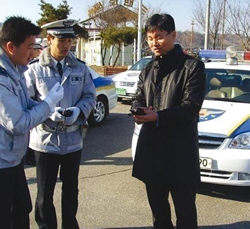 Korean TETRA manufacturer UNIMO has passed an extensive series of tests by the country’s communication regulation agencies, NRSI and NEMA. Korea is the world’s most connected country, and the Korean public security TETRA network is a large and highly sophisticated system which uses all available features and functions to their maximum potential. The authorities and users demand performance of the highest standard and despite the existence of an international system for interoperability approvals, they require that all radios also  pass their own rigorous performance tests  and requirements.

The complexity of TETRA, combined with a large network and the demanding operational environment of Seoul (one of the world’s largest cities) makes passing these tests a notable achievement.