Funding for studies which look specifically at TETRA signals has come from both the MTHR programme which is funded jointly by Government and industry, and directly from the Home Office.

Below you can find brief summaries of studies that are specifically TETRA-related:

In 2003, to address concerns raised by the publication of the Stewart Report, the Home Office commissioned two studies – a long-term health monitoring study (see subsequent paragraphs) and an investigation of possible acute effects of TETRA. The latter study has now published its findings – see “Possible Acute Effects of TETRA” in the Recently Completed Studies section below.

Professor Paul Elliott’s team at Imperial College London is carrying out a long-term health monitoring study on police users of TETRA radios. Conducted with a cohort of up to 80,000 users over 15 to 20 years, this will look at the incidence of and mortality for diseases such as cancer and Parkinson’s, sick absence levels and trends for retirements on health grounds. Health screening is offered to participants, partly to collect data and partly as an incentive to participate in the study.

A summary of a presentation about the Long Term Health Monitoring study made by Imperial College team members at a THG event in September 2006 can be found here (opens in a new window).

In 2003, to address concerns raised by the publication of the Stewart Report, the Home Office commissioned two studies – a long-term health monitoring study (see Studies Currently in Progress above) and an investigation of possible acute effects of TETRA.

A presentation on the latter study was given at a THG seminar in 2009 by Adrian Burgess, Professor of Psychology at Aston University, Birmingham – a summary of the presentation may be viewed here – and its findings were published in July 2016. The paper describing the findings may be found here, whilst a set of related FAQs may be found here. To visit the relevant Environmental Research web page, click here.

The BDBOS commissioned a study entitled “Investigation of the effects of the TETRA radio signal on cognitive functions of volunteers”. This study was w been published in September 2014 and concluded: “Overall, the study does not provide any evidence of an impairment of health due to TETRA exposure.” A summary of the study, its methods, results and conclusions may be seen here.

The studies and measurements show that the statutory limits are complied with. This is particularly true for the use of handheld radios (HRT) in vehicles.

The study, related to the TETRA standard, held by the Federal Office for Radiation Protection, demonstrates that the statutory limits are respected at all realistic uses of the BOS digital radio.

The so-called SAR study examined the extent to which the BOS digital radio temperature increases in the body and in the head region occur in the use of walkie-talkies. The study considered different realistic uses. This included the use of hand-held radio equipment in vehicles.

During the measurements, scenarios of police practice were highlighted. Simultaneously several different mobile devices (GSM, HRT, MRI) in very close proximity within vehicles or rooms and be worn without the external antenna or to the person where used.

As a result, the investigation of the BOS digital radio Baden-WÃ¼rttemberg project group, showed that the measurement results are well below the applicable limits.

The report of the study (in German) may be viewed here.

A team at King’s College, London has carried out a double-blind provocation study to investigate whether the TETRA radios used by the emergency services can cause unpleasant symptoms such as headaches, dizziness and tingling.

The results of the study, titled “Can Exposure to a terrestrial trunked radio (TETRA-like) signal cause symptoms? A randomised double-blind provocation study”, were published on 23 September 2010 in Occupational Environmental Medicine. A pdf of the article can be seen by clicking here (opens in a new window).

A presentation by Dr James Rubin about the methodology of this study, made at a THG event in 2008 can be found here (opens in a new window).

Hypersensitivity and exposure from TETRA base stations – University of Essex

Professor Elaine Fox and her team from the University of Essex conducted a two-year study to establish if there are any short-term health effects from exposure to TETRA mobile radio masts, and in particular to look at people who appear to be particularly sensitive to the technology. For the results of the study, click here.

Click the appropriate link (all open a new window) to find summaries of presentations about their work given by the University of Essex at THG events in 2008 (slides) and 2009 (summary and slides).

The biomedical sciences department of the Defence Science and Technology Laboratory conducted an investigation into the effect of TETRA signals on cellular calcium. The study simulated the maximum exposure that can arise from TETRA handsets, as well as looking at several lower power levels to see if there could be ‘power windows’ where TETRA signals could cause a reaction.

No effects on calcium response were found at any of the TETRA power levels. The results were published in the International Journal of Radiation Biology in December 2006 (click here to view, please note that this is not a free document).

A summary of a presentation made by Dr John Tattersall of DSTL at a THG seminar in 2007 can be found here (opens in a new window).

The Home Office funded work by Dr Sarah Bowditch and her team at DSTL to examine the effects of TETRA signal exposure on cognitive function and to assess the results of a self assessment of mood, workload and anxiety. No effects on mood or anxiety measures or reported symptoms were observed, and no impact of signal exposure was observed on 21 of 22 cognitive tasks. The work has been submitted for publication to Bioelectromagnetics Journal.

A summary of a presentation given by Sarah Smith at a THG seminar in 2007 can be found here (opens in a new window).

A double blind provocation study, using both GSM and TETRA signals, was undertaken by a team led by Professor Tony Barker. The study investigated whether exposure to the signals caused changes in heart rate or blood pressure and also measured levels of adrenaline in the bloodstream, Neither changes in heart rate and blood pressure nor in blood chemistry were observed as a result of exposure. The work was published in Bioelectromagnetics 2007 28(6):433-438).

A summary of a presentation given by Professor Barker at a THG seminar in 2008 can be found here (opens in a new window).

Dr Phil Chadwick investigated exposure to TETRA signals in vehicles and on motor-cycles. He measured SARs (Specific Absorption Rates) in situations where TETRA radios were used in cars or on motor-cycles and where there were combinations of hand held and vehicle-mounted radios, to see whether there was additivity or whether the vehicle structure had an effect. The work found that the impact of vehicle antennae was negligible and found no additive effect in a vehicle containing more than one police officer with a radio. The full report can be found here (opens in new window).

A presentation given by Dr Phil Chadwick at a THG seminar in 2007 can be found here (opens in a new window). 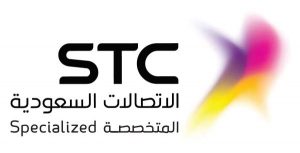 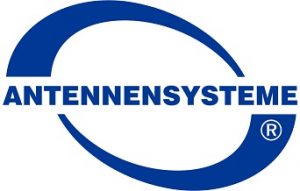