TETRA in transportation – On a bus, tram, train or taxi near you…

The 2005 TETRA user survey has shown that the Transportation segment has emerged as the second largest TETRA market. Transportation is a complex and time-critical service, and TETRA provides the reliability and flexibility to ensure that the service, whether road or rail, meets both operator and passenger expectations.

We take a look at TETRA in the context of transportation – who’s using it, where and why. This focus is just a snapshot of the impact that TETRA is having on the efficiency and organisation of the transportation industry – ensuring passengers arrive at the right place, at the right time.

Paris trains and buses in touch with TETRA
RATP, the French transport company, is responsible for moving more than nine million passengers around Paris each day. Their new TETRA system, provided by EADS, will provide flexible, integrated radio communications between RATP staff across all areas of the transport network. 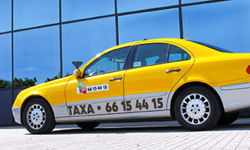 Fyns Taxa, eight independent taxi companies and control centres spread over the island Fyn and parts of South of Jutland in Denmark have replaced their analogue network with a TETRA solution from Frogne.

The network uses Rohill’s TetraNode solution, with each taxi equipped with Frogne’s on-board system including a TFT touch screen terminal with integrated navigation, a mobile printer and an on-board computer with GPS.

TETRA on the trams
The TETRA communication system for the tram line in Lisbon, Portugal, has been provided by Avitec in cooperation with Siemens. A seamless TETRA coverage along the tram line tracks was provided by antennas that were mounted on relatively low masts which also eased the installation.

Once completed, Taipei’s MRT System will comprise over 100 passenger stations, depots and an operational control centre. The project is expected to be complete by 2012.

Paris trains and buses in touch with TETRA

RATP, the French transport company, is responsible for moving more than nine million passengers around Paris each day. Their new TETRA system, provided by EADS, will provide flexible, integrated radio communications between RATP staff across all areas of the transport network.


Germany’s RNV talking TETRA in 2007
Germany’s Rhine-Neckar Transport Company – rnv – has chosen TETRA to co-ordinate its local public transport system. As of 2007, some 470 buses and trams will be equipped with mobiles and 330 handhelds in the Heidelberg-Ludwigshafen-Mannheim area and will exchange information via voice and data radio. Electronic signs at bus and tram stops will be connected to the TETRA system to provide waiting passengers with real-time information on departure times.

Motorola was engaged by general contractor Siemens VDO Automotive to deliver, install and commission the TETRA Dimetra IP radio system for rnv, which in 2004 provided transport for around 159 million passengers.

Engineering for underground railway construction and electrification was mastered about 100 years ago. But it took almost 70 years for TETRA radio communication to make its way into the heart of the Russian capital’s metro.

On May 15 1935 Moscow’s line no. 1 started in service. Russia’s first subway comprised thirteen stops over twenty-six kilometres of railway tracks.

Today, Moscow Metro operates 12 train services, over 278 km of route length and 171 stations. As one of the world’s most heavily used metro systems, the state-owned carrier transports between 8-9 million passengers on a normal weekday. During peak hours, trains run every 90 seconds on most lines.

Now TETRA technology is being introduced to bring underground communications to the metro. The Russian Ministry of the Interior has commissioned the construction of a radio communications system in the metro system. The order was placed with the Russian system house ICS-System, R&S BICK Mobilfunk GmbH as TETRA system suppliers and Rohde & Schwarz GmbH Europe as coordinator. Together these three companies will supply and install and deploy the TETRA radio communication system, due to be operational by the end of this year. 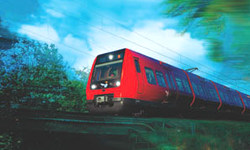 The Danish State Railways (DSB) S-train has a new TETRA network provided by Motorola and TetraNet, delivering communications for the DSB’s service personnel, including train inspectors and drivers. The contract award by DSB means that all public transportation organisations in the capital, Copenhagen, will now rely on TETRA technology and services to meet their communication needs. The network was delivered in the latter part of 2005 as part of a rapid rollout – part of DSB S-train’s IT strategy to improve efficiency.

Although the TETRA standard was initially developed for mission critical environments, TETRA technology has also been widely embraced by public transportation organisations that need secure, reliable voice and data communications. In Denmark, the Copenhagen Metro was the first organisation to choose TETRA, followed by Hovedstadens Udviklingsrråd (HUR), operating more than 1,200 buses, and now the commuter train services have also chosen TETRA.

It’s snowing Sepura radios
Sepura has announced the delivery of its 250,000th radio. Whilst the largest supplier of TETRA radios to its home market, the UK, this milestone also marks a doubling of Sepura deliveries to international markets, each year for the last three years.

The 250,000th radio was delivered to Russian Railways, the world’s largest transportation company, responsible for almost 80% of Russia’s rail transportation network. Sepura radios are used on the Moscow rail network for inter-train communication between drivers, maintenance staff and station duty officers. The radios will also support critical data transmission between trains and the rail network’s automated-control systems. Sepura is supplying SRH3500 hand-held radios and SRM2000 mobile units as part of the contract won by one of its Russian partners, Globalsvyaz.

Sepura radios can also be found on the Moscow metro, and in Bangkok, where a repeat order has been placed by Siemens as part of the implementation of its 350 million euro turnkey contract for the new metro line, which also includes 19 TETRA base stations.

In Spain, Sepura’s key international partner, Teltronic, has won a contract with the Metropolitan Railway Company of Madrid (Metro de Madrid) for the supply of a dual set of TETRA and analogue PMR equipment and specifically designed consoles for the trains. Teltronic’s contract includes the supply of Sepura radios for installation in each train as an emergency back up radio-communication system.

TETRA travels from Moscow to St Petersburg
The Russian Railway was the first in the world to make the decision to adopt TETRA technology instead of GSM-R, and the 800 km Moscow-St. Petersburg line has already taken delivery of the first phase of the system. Teltronic was awarded the contract to supply the TETRA system.

Teltronic’s Russian partners Globalsvyaz, are the main contractors, and together with Microtest’s engineering expertise, will build, assemble and commission the system in the field. Specific interfaces have been designed to provide locally developed line dispatching facilities, and strict SORM specifications to allow a comprehensive call monitoring capability have been implemented.