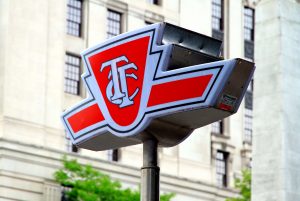 Cambridge, 31st October 2016 – PowerTrunk, part of the Sepura Group, has been awarded a contract to expand the TETRA network of the Toronto Transit Commission (TTC).

The contract builds on the existing TETRA infrastructure – deployed by Sepura in 2013 – which provides voice and data services both underground, for the metro, and above ground, for TTC’s bus and tram networks, as well as Wheel-Trans, a specialised accessible transit service.

The first phase of the expansion saw Sepura supply 1000 hand-portable and 600 mobile radios to boost communications across the network, including Wheel-Trans vehicles which are now fully operational on TETRA.

The next phase will see the deployment of a number of base stations and additional carriers to support TTC’s computer-aided dispatch (CAD) and automatic vehicle location (AVL) project, currently being rolled out across the metro network.

A further 1,000 hand-portable radios have been ordered to expand communication with metro staff and eventually replace some analogue data communications systems.

“We are delighted that TTC has, once again, placed its trust in Sepura,” said David Torres, PowerTrunk’s Senior Vice President Sales.