10.07.2018 – Mexico City International Airport’s (AICM) TETRA network is now fully operational following its initial roll out in the first quarter of 2018. Officially known as Benito Juárez International Airport – the international hub serves Mexico City and the surrounding areas. It is one of Latin America’s busiest airports, with over 100,000 passengers passing through each day. Statistics from 2017 showed a 7.2% increase of passengers (45 million passengers in total) compared to 2016. More than 2,500 employees are based on site.

The airport previously had an analogue trunked system that suffered from operational limitations: outdated technology which could not be upgraded; poor audio quality; insufficient coverage, lack of data capability and limitations on voice call functionality. The system also had no interconnection gateways and insufficient security to protect the network from cyber threats. Due to rapid increases in airport traffic, the airport operators needed to upgrade their communications system to one that matched international standards for robustness, reliability and security. The airport’s decision to switch to TETRA would allow for enhanced existing operations and future growth in user numbers and functionality.

AICM’s TETRA system includes three base station sites with interconnection to analogue gateways which allow the new TETRA network to connect to legacy radio technologies. This key functionality enables dispatchers to listen to all radio communications from one integrated communications system, improving efficiency and security across the site. The system is also interconnected to the airport’s PABX telephone system allowing radio users to perform calls to fixed landlines or mobile phones from their TETRA radio, ensuring simplicity of communication and reducing the expenditure on further communication devices. Crucially, the network has successfully achieved 99.9% coverage to meet one of the airport’s key operational requirements.

The new network increased site security through air interface encryption and authentication, ensuring communications are secure. The airport also now has GPS monitoring of emergency and runway service vehicles, enabling dispatchers to locate users working on the external side of docking gates, where they were previously out of sight.

Spread across the two airport terminals, AICM’s system will utilise over 500 Sepura SC20 hand-portable radios, alongside over 130 SRG3900 desk- and vehicle-mounted mobile radios. The SC20 terminals were chosen for their combination of ruggedness, ease of use and audio quality – especially important in the extremely noisy airport environment – and the SRG3900 mobile devices complemented these by enabling DMO gateway functionality to extend coverage to lower user density areas which still required coverage. A further key advantage of the Sepura terminals was the ability to add future functionality.

Airport operators are already seeing the benefits of the spectrum efficiency inherent in a TETRA system. Despite a high density of users, TETRA systems offer greater talk group capacity, which facilitates better resource management. In addition, operational benefits have been delivered through significantly reduced call queue times. The new system also offers redundancy, ensuring communications are not compromised in the event of failure. Users themselves benefit from improved voice quality, enhanced security and added functionality, including Water Porting technology, whereby water is expelled from the microphone and speakers, ensuring consistently good audio quality.

Following the successful implementation of this project, Jorge Morera, Commercial Director at Jomtel commented: “As a Sepura Channel Partner, we continue to bring the quality and robustness of Sepura’s TETRA products to Mexico. We are pleased to announce that this is the first TETRA radio project for an airport in this country, especially in AICM –the busiest airport in the country. We are confident that the implementation of Sepura technology will expand the capabilities of the airport personnel with mission critical voice and data services.”

Ivan Vargas, Sepura’s Business Development Manager for Mexico, added: “This project further strengthens the proposition that TETRA is the best option when looking at communications systems for airport operations. Airports are busy, noisy environments which need reliable, robust and secure communications. Mexico City International Airport is the first to recognise the benefits of TETRA for airports in Mexico –  we look forward to expanding our offering to other airports in the region to enhance the security and communication aspect of their daily operations.” 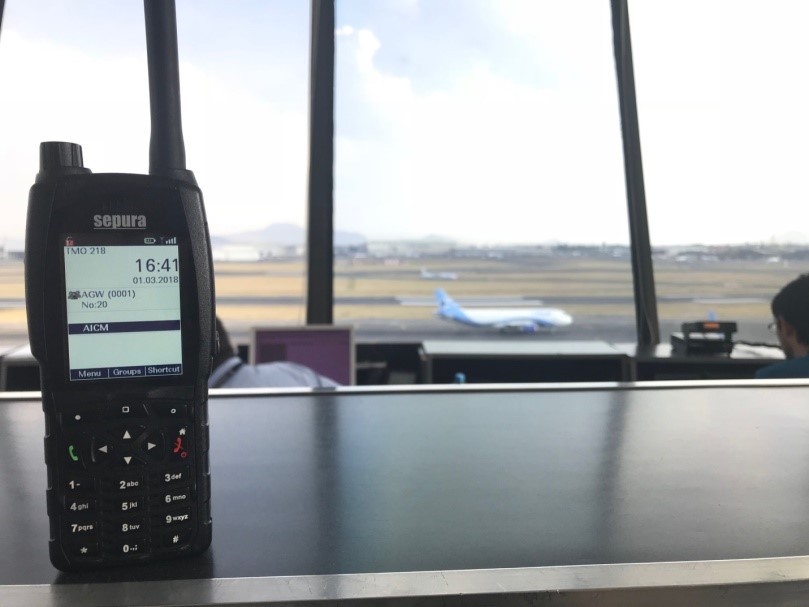 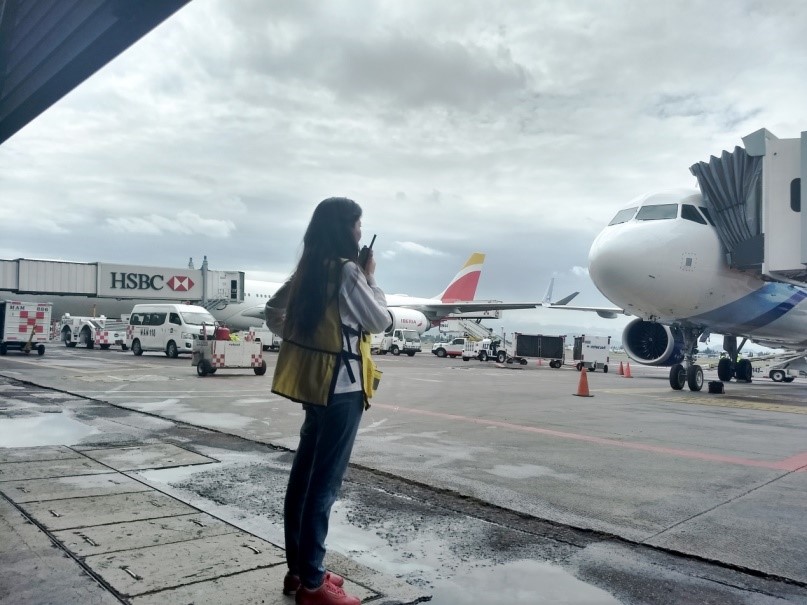 ABOUT SEPURA
Sepura is an established global leader in the development and supply of radio terminals, accessories and applications for TETRA-based mission and business critical communications. Based in the UK’s Cambridge technology hub, Sepura offers global support through its commercial and technical footprint and is a key supplier to the professional mobile radio (PMR) sector. Sepura’s comprehensive solutions for critical communications enable both public safety organisations and users in commercial sectors to address the demanding operational challenges they face.

Since becoming part of the wider Hytera Group in May 2017, Sepura has been able to leverage a broader range of resources to provide solutions to support an increasing range of use cases and geographies. At the same time, Sepura continues to maintain its position as a trusted provider of reliable, robust and secure communication solutions for public safety organisations and commercial users.